Why You Should Go To Bosnia Before Everyone Else Does 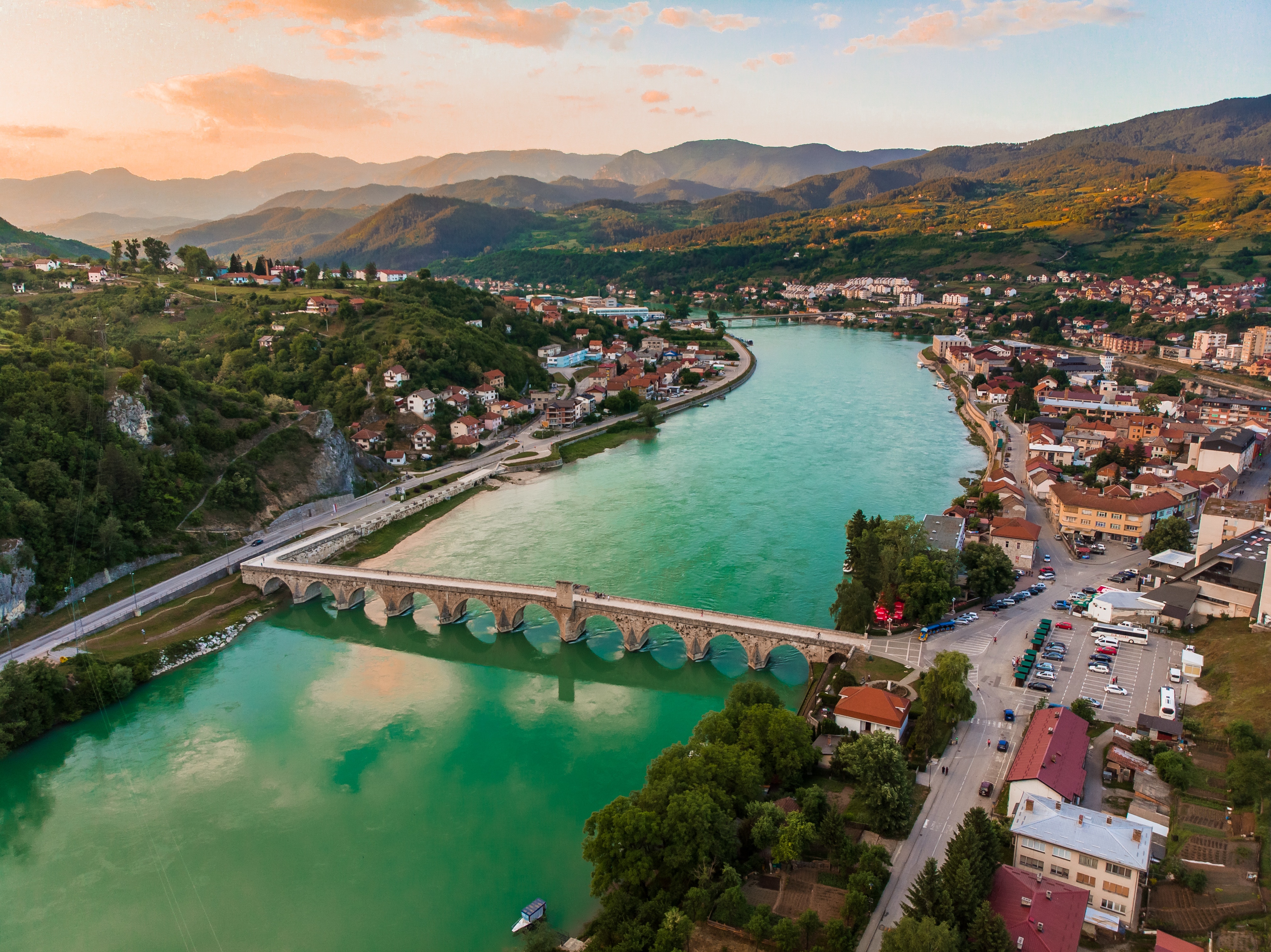 When you don’t know what to expect, it’s a little harder to be surprised by something. But I’ll admit Bosnia surprised me.

Bosnia was in the headlines around the world in the early 1990’s due to the Bosnian War and hasn’t been talked about much since then.

A year ago when I purchased a bus ride into the country, I didn’t know anything else about Bosnia other than that there was a war, but curiosity prompted me to visit anyway. After all, I had Bosnian friends who ended up in my hometown (Georgetown, Texas) after fleeing during the war.

I booked an overnight bus to Sarajevo, the country’s capital. From the moment I stepped out into the still-dark city, I knew it was unlike anywhere I had been before. Surrounding the kaleidoscope-like city were luscious green hills, dotted with trees and lined with hiking trails. A river cut through it, with lovely bridges connecting the streets. The signage around me was written in (very obviously) different languages, and none of them were English.

The mix of languages turned out to my first clue of the rich and varied history of Bosnia and Sarajevo.

Influenced by the rule of the Ottoman Empire and then later by the Austro-Hungarian Empire, the city has many stunning buildings in vastly different architectural styles. The areas of the city are so profoundly different that there is a literal line on the ground marking the change. Not that it’s needed. The Ottoman-style architecture is low and uses warm colors, including rust-colored roof tiles and wood. They are tall, grand, and constructed with stone is the signature of the Austro-Hungarian buildings, which stand with imperial dignity on the streets of Sarajevo.

The beautiful architecture highlights the cultural diversity of the people living in Sarajevo. Steeped in the religious traditions of Orthodox Christianity, Islam, and Catholicism, the people of Sarajevo have built cathedrals, churches, and mosques. Walking the streets, you will hear the Muslim call to prayer five times a day, as well as church bells ringing out the hour.

Happily, these differences in belief don’t seem to cause much conflict. At least, people of all types and religions can be found in the bars and nightclubs on any given weekend. Shops that sell bibles sit across the street from shops selling Muslim headscarves and veils.

As a traveler spending US Dollars, Bosnia was a cheap thrill. Even on a backpacker’s budget, I was able to sample the local cuisine, including the well-known cevapi. A favorite of mine was Bosnian coffee. Served in little brass saucepans with a spout, the hot coffee is poured by the drinker into the waiting mugs. It was served with a small bowl of Turkish Delight, which lived up to its name.

Sarajevo is not shy about its past. Museums chronicling different aspects of the history of Bosnia and Sarajevo were easy to find. There were also many visible signs still left in the city itself. Blast marks from grenades hurled at the city’s residents pepper the sidewalks and buildings of Sarajevo. On the sidewalks they are painted red and are referred to as Sarajevo Roses.

Inexpensive, unique, and still largely undiscovered, Bosnia is a traveler’s treasure. Whether you like history, shopping, hiking, eating, or wandering, there’s something for you to do in Sarajevo. The cultural diversity lends the city a feeling of being both exotic and yet somehow familiar. It is affordable and interesting, beautiful and storied.

Bosnia is well worth a visit. For now, it’s still an open secret. I highly recommend exploring it before it’s “on the map” and some of its charm is spoiled by tourism. See it while it’s still largely untouched, thoroughly Bosnian, and before its notoriety spoils the surprises of Sarajevo.