Top 3 Things to do in Abu Dhabi on a Stopover 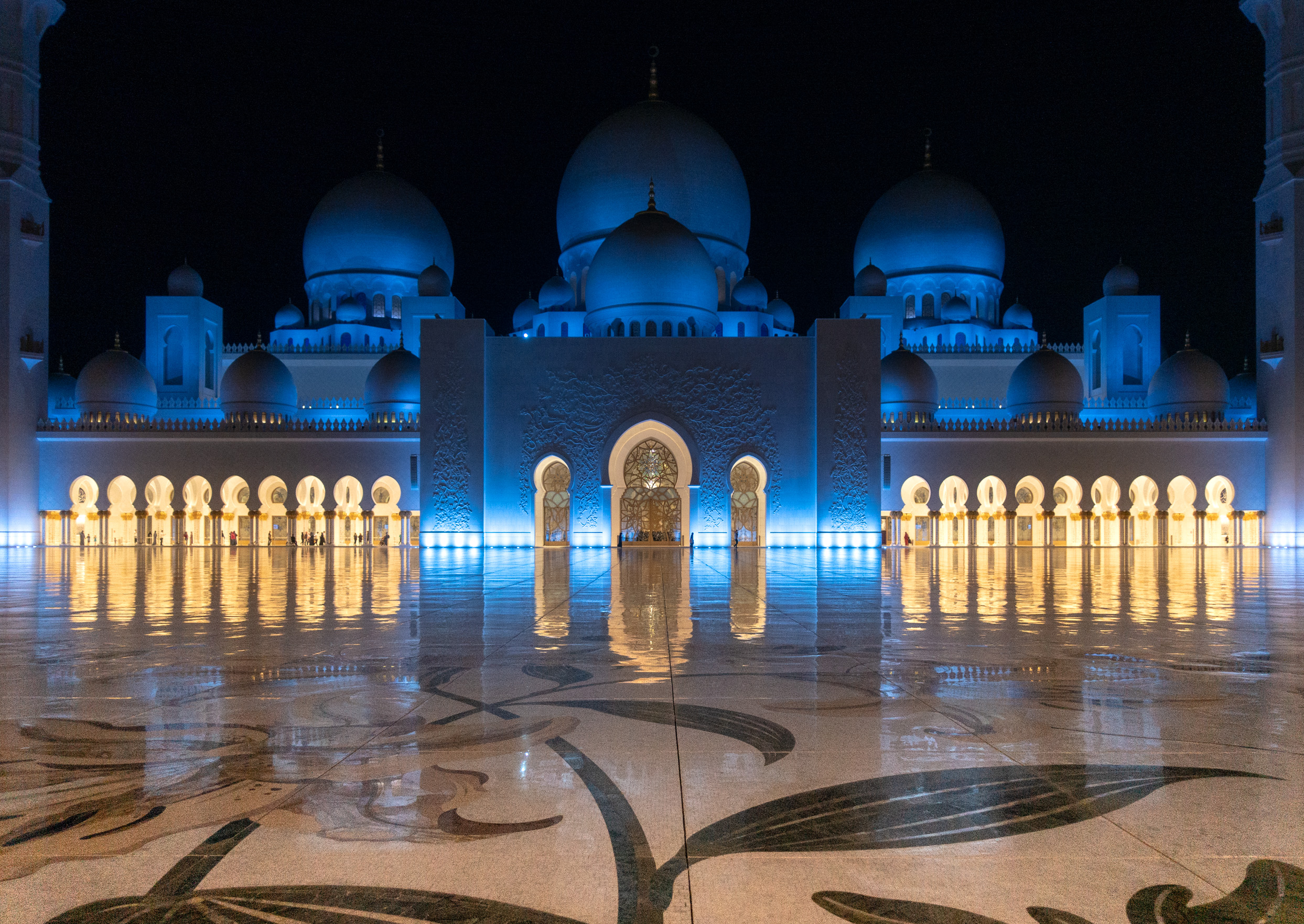 Last week we gave you the full scoop about how to get a free hotel night stay with the Etihad stopover program through Abu Dhabi.

Now, you can choose not to leave the comforts of your hotel room. How could we blame you? Who wouldn’t want to catch up on some proper sleep at a fancy hotel of your choice?

Or you can stay ahead of your jetlag and get out and explore the beautiful exotic city of Abu Dhabi. If you decide to venture out, here are the top 3 things to do on your stopover in Abu Dhabi.

If you leave your hotel room for only one thing during your stopover, it should be for this.

The Sheikh Zayed Grand Mosque is the country’s iconic attraction and most ornate mosque I have ever seen. In 2017 a whopping 3.4 million visitors came from around the world to witness this UAE beauty.

It was completed in 2007, taking 11 years to build, by Syrian architect Yousef Abdelky. A massive complex made entirely of white marble and known as the White Pearl of the Gulf. It’s also one of the most significant examples of marble mosaic in the world. Accommodating roughly 40,000 worshippers, it is the largest mosque in the country and a principal place of worship for daily prayers.

The mosque was commissioned by the late president of the UAE, Sheikh Zayed bin Sultan Al Nahyan. Through art and architecture, the Sheikh wanted to build a mosque that would celebrate the cultural diversities of the Islamic world and to symbolize peace and tolerance. It would also be his final resting place. The mosque is open to all people regardless of race, color, ethnicity, religion, sexual orientation, or age.

Arrive around 4 pm and sign up for the 5 pm English tour. This should allow you ample time to see the mosque during the daylight hours. Then take the 5 pm guided tour and be ready to capture breathtaking sunset photos afterward. Everyone gets camera crazy as the sky lights up in gold and red hues over the grand white mosque. Finally, plan to stay past sunset because it is just as stunning at night.

Entry and guided tours are free. I would highly recommend you join one of the free guided tours. It’s a chance to go behind the velvet ropes for a more intimate look at all the small ornate details of the mosque. As you learn how and why the mosque was built, you’ll also gain insight into the history, religion, and culture of the UAE.

Women are required to wear an abaya (traditional robes) provided by the mosque. So you won’t have to worry about being appropriately dressed. You will also be required to remove your shoes. So if you don’t want to walk around barefoot, take a pair of socks with you.

Most hotels are near the main city center on Corniche Road. The Sheikh Zayed Grand Mosque is about a 20 – 30 min cab ride away. It should cost around 50 AED (roughly USD 13) depending on traffic. Cabs are safe and reasonably cheap to use throughout the UAE. Then exiting the mosque, you will find cab queues with plenty of cabs to take you back to your hotel. When I was there in February, Uber was also an option.

NOTE: Be sure to check the opening and closing times in advance before you go. They frequently close for special events and holidays but usually open daily from 9 am to 10 pm except on Friday’s. On Friday’s it’s only open from 4:30 pm to 10 pm due to Friday prayers.

My eyes have never seen a more lavish or grandeur hotel than the Emirates Palace in Abu Dhabi. This 7-star hotel makes the Bellagio look like child’s play.

The government-owned multi-million dollar hotel made a splash heard around the world when they opened their doors to the public in 2005. The palace has 394 rooms, multiple restaurants, two swimming pools, a marina, and a helipad — all spread over a thousand hectares. The hotel is an ode to the desert and gilded in gold which glistens in the sun’s reflection.

If you plan far enough in advance, absolutely book the Emirates Palace Tour as it books out months in advance. It’s an exclusive royal experience with access to secret VIP entrances that few palace visitors ever get to see. It would also be wise to try and schedule your visit on a weekday over the weekends, to avoid peak crowds.

There are plenty of fabulous restaurants for you to choose from inside the Emirates Palace. However, make reservations for a seat at Le Café instead. After exploring the hotel grounds, you’ll want a spot to cozy up and relax your legs. Order the famous Emirates Palace Cappuccino made with real 24-carat gold flakes that resemble the palace. If you’re feeling hungry, try their Camel Burger. Or satisfy your sweet tooth and get the signature Emirates Palace Abu Dhabi cake. You can also book a seating for high tea if that’s more your jam.

If it’s a full meal experience at the palace you are after, make a booking at the award-winning Mezlai. The Bedouin tent designed regional favorite restaurant focuses on Emirati cuisine.

The art world was abuzz last year when the Louvre Abu Dhabi opened its doors in the UAE. The sister museum to the one in Paris was a welcome retreat from the skyscrapers of Abu Dhabi. It is without a doubt one of the top things you should do on your stopover in Abu Dhabi. Lucky for you, our Louvre Abu Dhabi article is all you will need to plan the perfect day trip this exciting new museum.

With low crime rates and English widely spoken throughout the UAE, Abu Dhabi is an easy destination for foreigners to navigate. Plus it’s clean, modern and super international. Abu Dhabi has so much to offer from modern to historical gems. It’s a unique experience to discover former empty deserts inhabited by Bedouin tribes turned opulent modern luxury. But go and see for yourself how the duality of a modern metropolis still delicately balances old traditions.

Abu Dhabi is an excellent city for a solo female traveler as well. I was alone both times and felt completely safe traveling around by myself. Do remember to observe the modest attire for women throughout your visit to the UAE however.

While it’s a safe and forward-thinking country, be mindful and respectful of their laws and customs at all times.  There are a few things to note that you may not think of but are considered illegal and could land you in jail. For example; no public displays of affection, limit alcohol consumption to hotels, dress modestly and don’t show the soles of your feet. While it is not illegal, showing the soles of your feet is considered very rude.

Abu Dhabi is worth a visit even without the stopover program. But now it’s easier than ever thanks to Etihad Airways. It was so simple to book! After both my wonderful experiences with the Etihad stopover program, I won’t be traveling long haul again without it!

Have you visited Abu Dhabi yet? Let us know what your favorite thing to do there was.

All photos by Young Lee @nakslee